Author Amish Tripathi's long-awaited third book in the Ram Chandra Series – Raavan - Enemy of Aryavarta is out...
By Day One Staff

Celebrated author Amish Tripathi launched the long-awaited third book in the Ram Chandra Series – Raavan - Enemy of Aryavarta at Crossword bookstore, Kemps Corner, in Mumbai. The store was jam-packed with eager readers and fans, many of whom had been waiting outside the store for the event to begin. The launch was also carried via Facebook livestream, for readers and fans from other cities, who could not be present at the launch event in Mumbai.

Published by Westland, Raavan - Enemy of Aryavarta traces the life of Raavan, right from his birth to the time he abducts Lady Sita. Pre-release copies of the book have already been generating tremendous interest in the character of a man often considered to be history’s greatest villain; a pirate, a scholar, a warrior, and the mighty king of Lanka.

The fact that he was supremely talented, made the impact of his rage that much more spine-chilling.

Elaborating further on the novel, Amish said, "Raavan is one of the most complex, violent, passionate and accomplished men of all time. A man who will love without reward and kill without remorse. He suffers greatly, and he usually reacts to that suffering with anger and hatred. The fact that he was supremely talented, made the impact of his rage that much more spine-chilling. This is probably the darkest book I have ever written. It just emerged that way. I hope that the reader’s like the book…"

Raavan - Enemy of Aryavarta is the third book in Amish’s Ram Chandra series after Ram - Scion of Ikshvaku and Sita - Warrior of Mithila. The Ram Chandra Series is the second fastest-selling book series in Indian publishing history. Before this, Amish had written the Shiva Trilogy (Immortals of Meluha, Secret of the Nagas, and Oath of the Vayuputras), which is the fastest-selling book series in Indian publishing history. Amish has also written a non-fiction book called Immortal India. All of Amish’s books together have over 5 million copies in print.

Books & AuthorsAuthor Speak
How did you like this story?
Yawn
It's OK
It's Good
It's Great
I love it!
Thanks!
Supporting small business

Many SMBs are eagerly awaiting Prime Day, which brings with it the promise of new customers and increased sales. So let’s take a look at what some of our sellers hope for this Prime Day.
Continue reading
Supporting small business

As India is gearing up for Prime Day this year, Prakash Kumar Dutta, Director, IN Fulfilment Centre & Supply Chain Operations, Amazon India speaks about the various measures that have been taken to deliver a safe Prime Day...
Continue reading
7 years and it's still Day 1!
As Amazon.in turns 7 in India, its journey has been marked by many memorable moments - big and small. As we turn a year older and grow bigger, we ask Amazonians to tell us how they strive to keep alive the Day 1 culture.
Continue Reading
X
Out for Delivery
Thank you!
Please try again
Quick news and rich insights from inside Amazon, delivered directly to your inbox every few weeks.
Check your inbox shortly for your very first Out for Delivery email. We’ll reach out every few weeks with more.
If you’re not redirected back to the blog in a few seconds, click here.
Looks like we had some trouble authenticating your entry. Let’s try again...
Amazon Privacy Policy | Opt out anytime
Return to video player ➡ 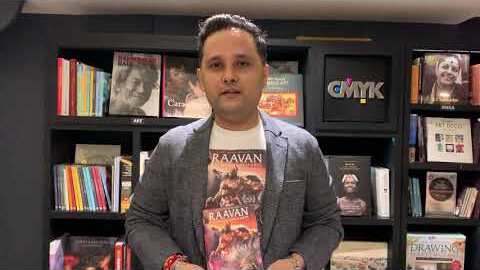