Tushar Chugh, a graduate student at the Robotics Institute at Carnegie Mellon University (CMU), calls voice “the most powerful medium which can change the world.” For the visually impaired, he says the technology becomes even more powerful. In 2012, Chugh visited India’s National Association for the Blind as a student. The visit inspired him to look for ways to help the visually impaired using technology. He started tinkering with prototype solutions, including a belt with embedded sensing tiles.

Several years later, Chugh discovered Alexa and had a light-bulb moment. “That’s when I got the idea to build the Smart Cap,” says Chugh. “At last the technology is ready from the software perspective, so why not use Alexa to realize my unfinished dream?" Chugh’s Smart Cap for Alexa is a baseball cap equipped with a Raspberry Pi-powered baseball cap. Smart Cap captures images, transmits them via Wi-Fi or phone connection to be interpreted, then stores a description of the scene in Amazon DynamoDB. When the wearer asks Alexa “What is in front of me?” Alexa retrieves and reads the latest description, enabling the person to successfully navigate the environment.

The feeling from inside is like, you are doing something good in life and it can help others to achieve what they want

Chugh entered his Smart Cap in Hackster’s 2016 Internet of Voice challenge, and won Best Alexa Skills Kit with Raspberry Pi category. But he says his biggest reward came when he first watched a visually impaired person put his innovation to the test. “It was a eureka moment for me. The feeling from inside is like, you are doing something good in life and it can help others to achieve what they want,” he says. “These moments in life—I think these are hard to forget and really satisfying.”

Chugh invites other developers to explore his open-source project and start daydreaming about their own voice-first innovations. “I have seen some of the college students, they have taken up this code, modified it, and won some challenges somewhere in the world, so that is pretty inspiring,” he says.

Building for voice, Chugh says, is as easy is getting started. “A person doesn't need to be a whiz kid with the code to come up with something exciting like this. It's pretty easy. It doesn't even take time. You can start in the morning and by the night you'll have some simple skills,” he says. “There are so many possibilities we can enable with voice.”

(This post originally appeared on the Alexa developer blog).

AlexaDevicesInnovation
How did you like this story?
Yawn
It's OK
It's Good
It's Great
I love it!
Thanks!
Supporting small business

Amazon India has partnered with Startup India to launch a Startup Accelerator that can boost ecommerce exports from India and help local businesses realize their global ambitions. Read on...
Continue reading
Devices

From freezing temperatures of Srinagar, comes this heartwarming tale of customer obsession. Read how our Delivery Associate went on horseback to deliver packages in Srinagar.
Continue reading
Track our Great Indian Festival 2020 updates
Nov 11
Continue Reading
X
Out for Delivery
Thank you!
Please try again
Quick news and rich insights from inside Amazon, delivered directly to your inbox every few weeks.
Check your inbox shortly for your very first Out for Delivery email. We’ll reach out every few weeks with more.
If you’re not redirected back to the blog in a few seconds, click here.
Looks like we had some trouble authenticating your entry. Let’s try again...
Amazon Privacy Policy | Opt out anytime
Return to video player ➡ 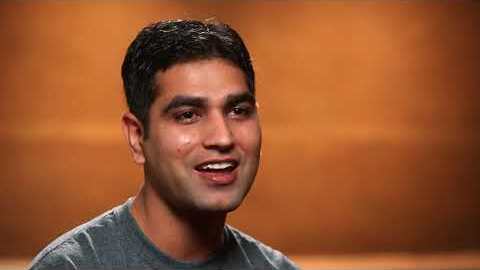