Sewing machines and a fresh start

In India, an innovative program is giving women opportunities they never imagined.
By Neal Karlinsky

Walking in, the first thing you see is the children — beaming little faces, singing songs in a colorfully painted room, cooled from the 110-degree Fahrenheit heat by ceiling fans and powered by solar cells on the roof. Despite the heat, it is remarkably comfortable inside the Amazon Cares Community Center, where women are learning life-changing skills.

The place is rural India, about 90 minutes outside Delhi, in Haryana. It is an undeveloped village, where livestock roam the rocky streets, and it’s not uncommon to find people surviving on as little as $100 per month.

It is here that a unique program is helping some of India’s most vulnerable build new lives for themselves. 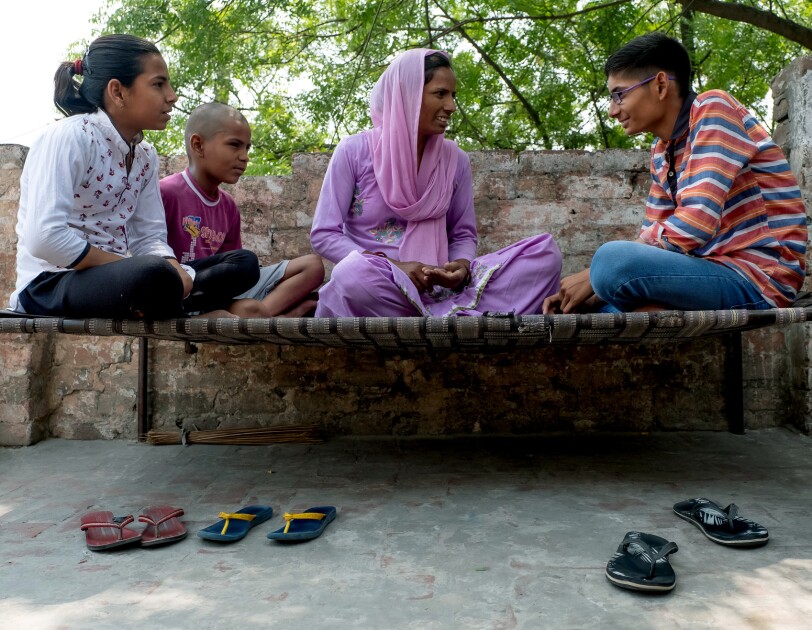 Meena, who learned sewing at an Amazon Cares Community Center, at home with her children. 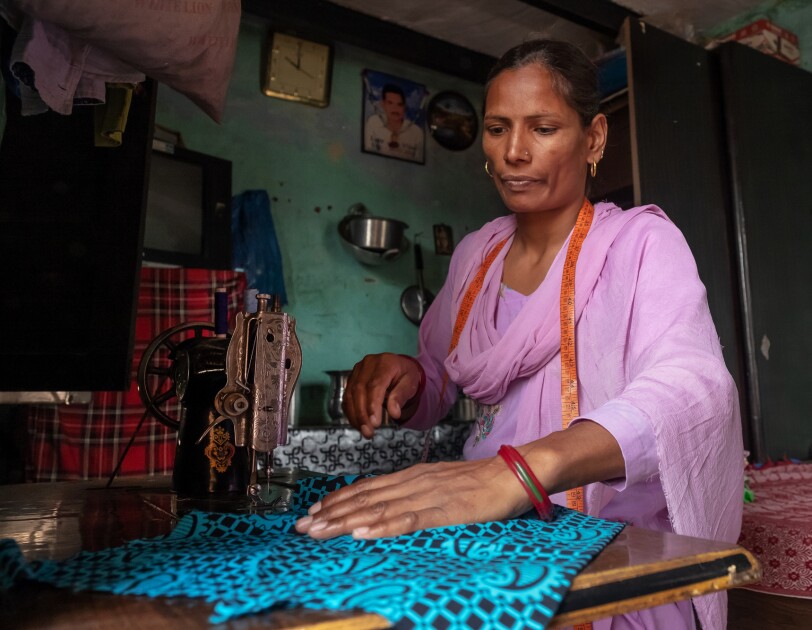 Meena's skills now earn a living for her family. 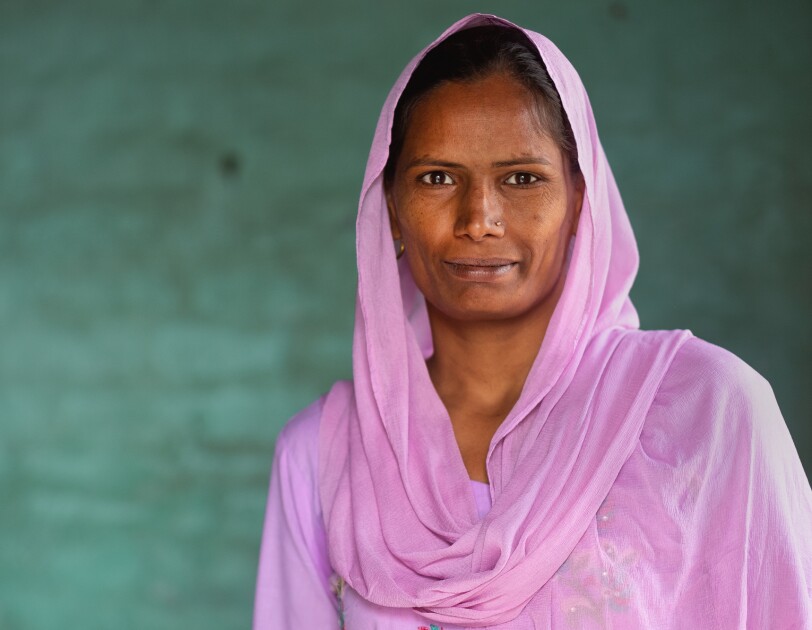 Meena has progressed to teaching students at the community center where she learned to sew. 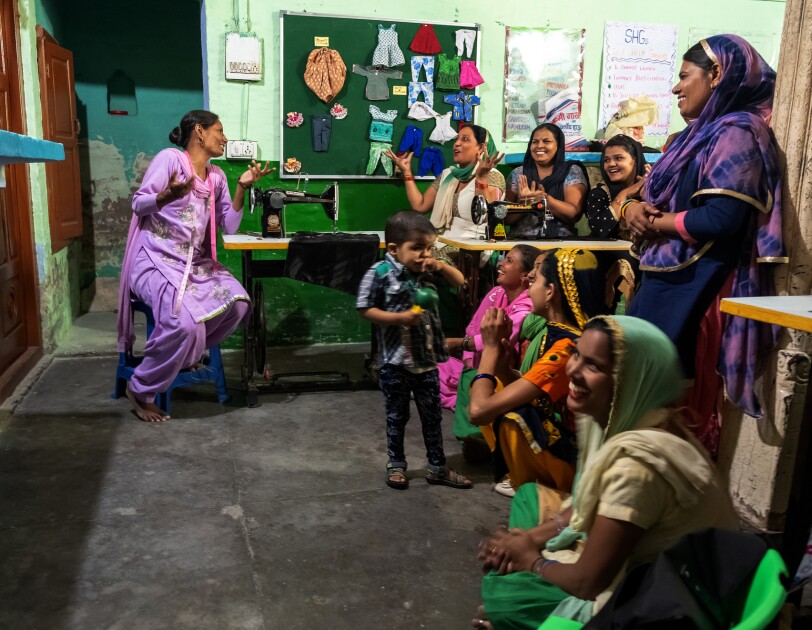 Meena with her students. 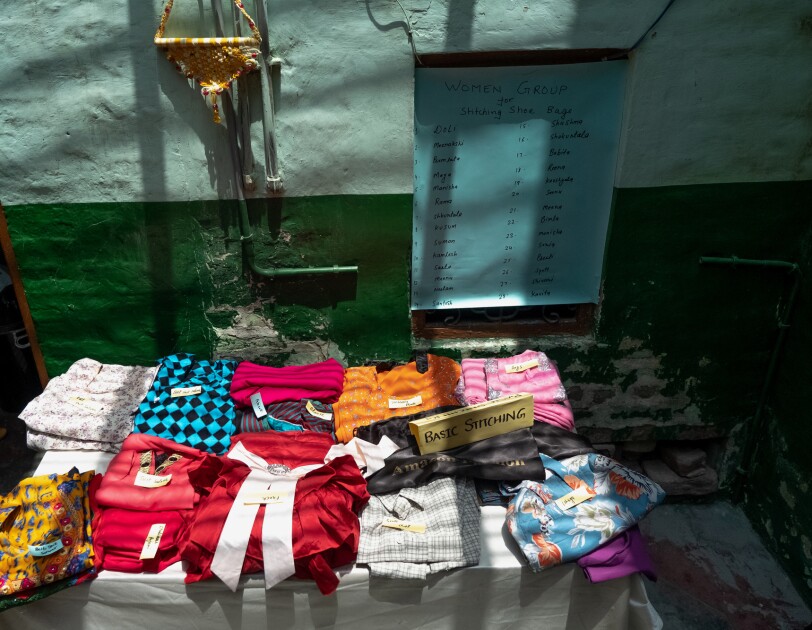 Samples of the students' sewing. 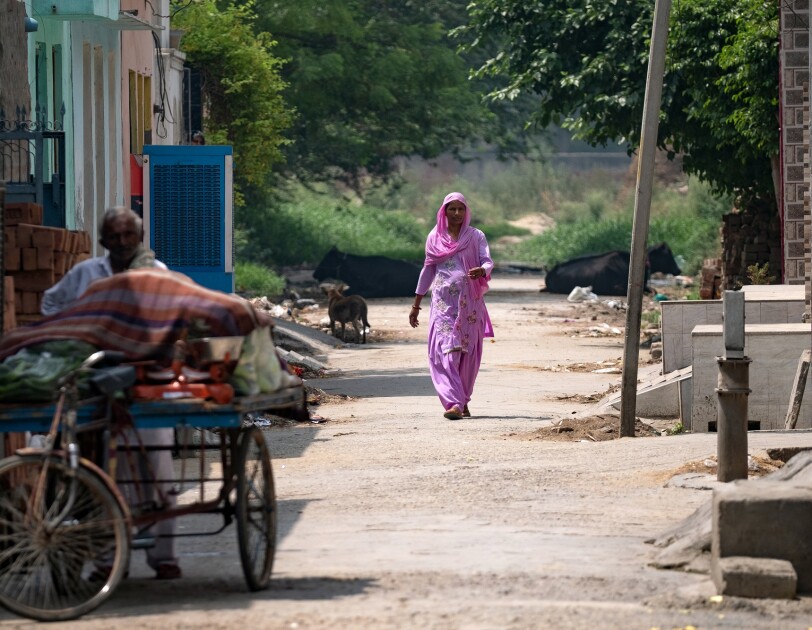 Meena in her village. 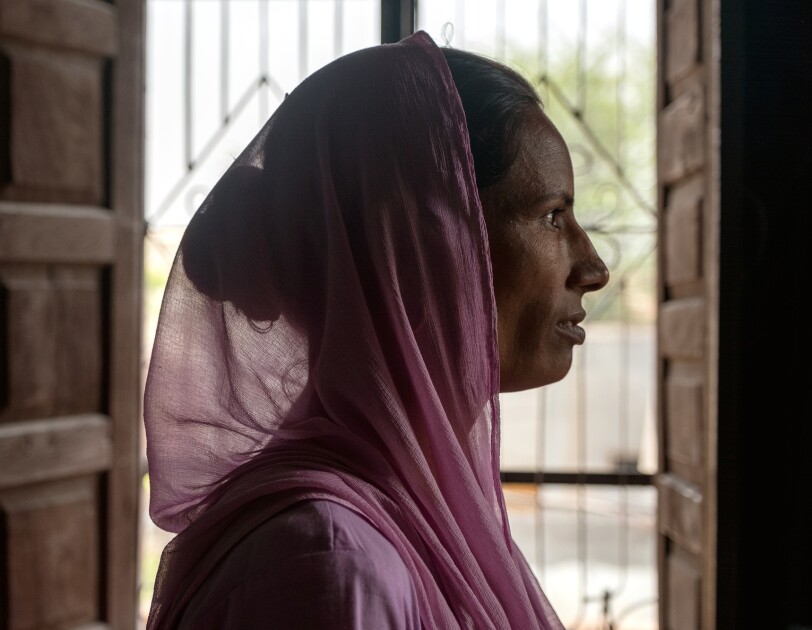 Meena in her home.

Enter, the “shoe bags.” READ India teamed up with Amazon to provide these women — not only a valuable new skill at no cost — but a way to begin earning their own money almost immediately. The 15 community centers across India (more are on the way) provide a variety of training programs for local residents. But for the women, it’s the sewing that’s already making a sizeable difference. While children are cared for in another room, or taught computer skills in a lab upstairs, the women learn how to sew. Soon, they are creating Amazon India’s black satin shoe bags which wind up in thousands of customers’ homes across the country.

“Stitching and sewing is a livelihood program for women who are not educated,” said Malhotra, who helped lead the project and says its impact in this part of the world can’t be overstated.

Rather than simply teach the women to sew, Malhotra and Amazon’s local operations team partnered to have the women provide Amazon with the shiny black bags which were originally being purchased in bulk from a manufacturing vendor. The custom bags are used to hold new shoe orders shipped across Amazon in India. The people at READ call it a “win win” because the women are learning a trade and earning money for the first time in their lives, while Amazon is building meaningful connections with the community. In fact, Amazon didn’t just establish the community center, but associates at the nearby fulfillment center donated and installed the solar cells on its roof.

On average, the women deliver thousands of shoe bags each month. Many use their new skills for additional jobs as well.

“Amazon Cares Community Centers have really transformed the lives of the communities wherever these centers have been established," Malhotra said. "Especially the children and the women because they are not able to go out of the village. So the center is a blessing for them.”

A single mother of three named Meena earns a steady income sewing the shoe bags, in addition to outside projects she’s picked up with her new skill of sewing. The 35-year-old has a source of independence for the first time in her adult life. She puts it simply.

“This center, has changed my life.”

Neal Karlinsky is a storyteller for Amazon & Senior Content Creator. He also loves eating chips.
How did you like this story?
Yawn
It's OK
It's Good
It's Great
I love it!
9 Ratings
Thanks!
Books and Authors

It was virtual, but attendees vouch for the evergreen sheen of Jaipur Lit Fest

Amazon.in partnered with Jaipur Literature Festival as their official online book store. Despite the pandemic turning the festival virtual and indoors, it has not been able to take away sheen that has characterised the Jaipur Literary Festival (JLF) each year since its inception.
Continue reading
Our Business

The partnership to help provide safer commute across Delhi, Mumbai, Bengaluru, Chennai, Hyderabad, Pune and Jaipur. Uber riders can avail cashback of up to 50% per ride for payment made through Amazon Pay
Continue reading
Amazon Business

B2B e-commerce: Unlocking the potential of thousands of MSMEs in India

As businesses evolve and adapt to newer ways of operating, procurement is one such function that can go full digital resulting in increased efficiency and reduced costs. India being a mobile first economy, this switch to e-procurement can help MSMEs, even the ones operating out of Tier II & III markets, access products from suppliers of different regions in a more convenient manner.
Continue reading
Track our Great Indian Festival 2020 updates
Nov 11
Continue Reading
X
Out for Delivery
Thank you!
Please try again
Quick news and rich insights from inside Amazon, delivered directly to your inbox every few weeks.
Check your inbox shortly for your very first Out for Delivery email. We’ll reach out every few weeks with more.
If you’re not redirected back to the blog in a few seconds, click here.
Looks like we had some trouble authenticating your entry. Let’s try again...
Amazon Privacy Policy | Opt out anytime
Return to video player ➡ 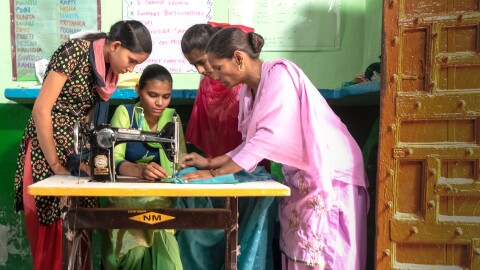