I am a heretic because I love Amazon: Jeffrey Archer

Listen to the best selling author speak about his love for India, his admiration for R K Narayan and why he thinks he can never write about India...
By Day One Staff

Jeffery Archer shares his literary inspirations, his favourite Indian writer, and his message for budding authors. With an incredible and thrilling new novel “Heads You Win” topping our best-selling list, we talk to author Jeffery Archer about his literary inspirations, why he considers himself a story teller and his take on being treated like a super star by his India readers.

Excerpts from the interview. For the full interview watch the video above.

Who is your literary inspiration?
Well! I am huge fan of an author ‘Stefan Zweig‘. I was at a party the other day for my grandson and the party organizer was going around saying to the little children, what’s your dream? What you want to be when you grow up? and she reached me and I said ‘Stefan Zweig’. He is that a great and rare combination of a truly great storyteller and a truly great writer. I actually think it’s a privilege to read him.

I love the great storytellers and I love ‘The Count of Monte Cristo’, I love Dumas, I love Dickens, I love Jane Austen and they are all good story tellers and they survive. What is interesting about a great story teller is, people are happy to read them a hundred years later too. Whereas the so called ‘Nobel Prize’ winners are sometimes forgotten even before they die.

Which Indian author’s book have you read?
I am huge fan of R.K.Narayan. I think ‘Malgudi Days’ should have won the ‘Nobel Prize’. I agree with Graham Greene that it was a disgrace that they didn’t give him the ‘Nobel Prize’. He can take an in-significant tax collector in a small village who is struggling to survive and you are desperate to find out what is happening on the next page.
A truly remarkable talent. Times of India went on to say, don’t bother with the giants, read R.K.Narayan.

Any message for the readers and writers
it’s always a tricky one because they are so kind. When my voice touched in India, in particular when I speak to an audience and it’s often to 3,000 people of which a third will be young girls and you get treated like a pop star; you don’t get treated like a writer and that’s a comment on India.
India loves books, India loves writers and puts them in a very special position.

So, I would say to anyone who wants to write for god’s sake do it. I always say it’s better to have written it and got it out of your system and done it and failed than I really could have written one of the great books, but I am so busy, I hate that expression. Pick up a pen and get on with it.
Every year someone writes a book, that shocks and surprises everybody and goes to number one and a year before no one even knew their name.

Browse through the Jeffrey Archer collection

Amazon StoriesAuthorPublishingKindle
How did you like this story?
Yawn
It's OK
It's Good
It's Great
I love it!
11 Ratings
Thanks!
Operations

Where women are powering Prime Day and empowering themselves

These women-only Delivery Stations have something special in the air apart from the buzz of Prime Day – it’s that feeling of independence! Read on...
Continue reading
Entertainment

'This Prime Day, ‘Rewind To Nostalgia’ Mixtape will take every listener down the memory lane'

As Prime Day nears, we catch up with Gaurav Gandhi, Prime Video Director & Country Manager, where he speaks about the Prime Day line-up for 2021, his message for Prime customers, why good content transcends language barriers and lots more...
Continue reading
Track our Great Indian Festival 2020 updates
Stay informed with the latest updates on the summit that puts forth how Amazon and our partners leverage digitization, technology & our ecosystem to drive infinite possibilities for India.
Continue Reading
X
Out for Delivery
Thank you!
Please try again
Quick news and rich insights from inside Amazon, delivered directly to your inbox every few weeks.
Check your inbox shortly for your very first Out for Delivery email. We’ll reach out every few weeks with more.
If you’re not redirected back to the blog in a few seconds, click here.
Looks like we had some trouble authenticating your entry. Let’s try again...
Amazon Privacy Policy | Opt out anytime
Return to video player ➡ 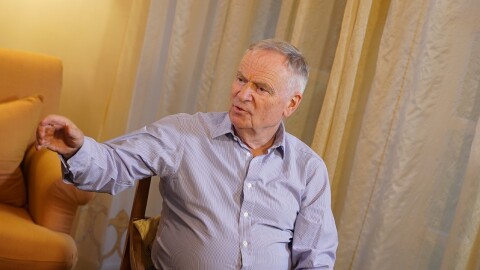 I am a heretic because I love Amazon: Jeffrey Archer