The story behind Amazon India’s new Associates’ Anthem.
By Day One Staff

There’s energy, there’s a song and there’s dance – those with two left feet were enthusiastic too – and yes, a hook step too! And it’s not a filmi number. In fact, it is associates from all over India dancing and singing proudly to their new Anthem.

Amazon’s fulfilment and transportation teams are spread across the country in different cities and locations, and yet all of them share a sense of pride and dedication towards their work. To harness this shared feeling and channel it into one cohesive, expressive video is no mean feat. An Amazon team was formed and they coined the phrase ‘Amazon ke Cheetey.’ This was the phrase around which this anthem was composed taking into account every aspect of the associates’ jobs like picking, packing, dedication, speed, customer satisfaction and the joy of delivering smiles with pride.

I believe the anthem captures the energy of our associates and unifies their efforts to driving customer obsession. It embodies the spirit of who we are at Amazon. I love the song itself, I can’t stop moving when I hear it, and my children can already sing it!

The actual shooting of the video took place in 6 different cities across 20 different sites over 8 days, capturing the moves of close to 2500 associates. Each set of excited associates were taught the choreography and were filmed in a record half hour by the film crew who would then pack up and quickly move to the next location for the day. Kirti Vishwakarma, an associate calls it an ‘Amazing activity’. She especially applauds the way the team has trained them for the dance.

This is the only company where we have such an Anthem. It is helping us to boost morale of the team.

Parvati Rajak, an associate from Ahmedabad
”

The Associates felt quite like celebrities with the cameras lying in wait for them. Some enthusiastically cut loose some Bangra and Bollywood moves while others gave the Step Up franchise a run for their money. “Thoroughly enjoyed and had fun during associates anthem video performance” and “I don’t feel stage fear any more after this activity was conducted by Amazon” say Victor and Mamta Gaud, two associates from Amazon.

Only the incredible energy and enthusiasm of the associates made this possible. Different sections of the song were shot in different cities and were finally put together in one upbeat edit by the very talented director and team. Effort was made to have the employees particpate in their most natural work environment. Frames were set to showcase various aspects and steps of their daily work. What a great way to celebrate a career of delivering smiles!

Yuvaraj Prakash’s moment of happiness was showing this video to his parents who are very proud to see him work as an associate in such a huge organisation. This anthem is now trending in his neighbourhood thanks to his parents.

‘Amazon ke Cheetay’ now rings loud in every associate’s heart. Have you begun humming it yet?

OperationsAmazon StoriesWorking At Amazon
How did you like this story?
Yawn
It's OK
It's Good
It's Great
I love it!
76 Ratings
Thanks!
Operations

For two days, you've shopped and you've got amazing deals. Here's where your orders were stored and processed. Take a look...
Continue reading
Operations

'It wouldn’t be enough even if I say thank you a thousand times to our partners, associates'

As customer shopped on Prime Day, Akhil Saxena, Vice President - APAC , MENA and LATAM Customer Fulfilment Operations, Amazon, goes to where the action is - our Fulfilment Centres. We catch up with him for a quick interview...
Continue reading
Working at Amazon

Close to 3,800 Amazon employees kick-started Prime Day 2021 celebrations early, with a Live Virtual Fishbowl* with actress, Priyamani.
Continue reading
Track our Great Indian Festival 2020 updates
Stay informed with the latest updates on the summit that puts forth how Amazon and our partners leverage digitization, technology & our ecosystem to drive infinite possibilities for India.
Continue Reading
X
Out for Delivery
Thank you!
Please try again
Quick news and rich insights from inside Amazon, delivered directly to your inbox every few weeks.
Check your inbox shortly for your very first Out for Delivery email. We’ll reach out every few weeks with more.
If you’re not redirected back to the blog in a few seconds, click here.
Looks like we had some trouble authenticating your entry. Let’s try again...
Amazon Privacy Policy | Opt out anytime
Return to video player ➡ 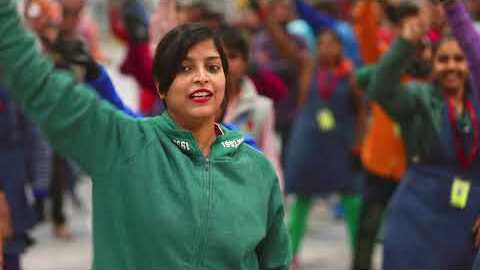