Extreme deliveries: No island too far, no corner too remote

By Day One Staff

Amazon’s most extreme delivery to Leh

Leh, India is a town on the fringe of modern civilization surrounded on all sides by the massive Himalaya mountain range and dotted with 17th-century palaces and monasteries. Fresh air and stunning views are in abundance, but some everyday goods can be nearly impossible to come by.
“We are cut off from the rest of the country,” said Sonam Chunzin, a lifelong resident of the Ladakh region. Ladakh, which is also the local language, translates to “land of high passes.”

In 2017, Amazon set up its own delivery service in Leh by contracting with a local adventure guide company to make deliveries throughout the rugged mountain town — making it the company’s highest elevation delivery route. For townspeople, basic things which once seemed extremely difficult to get are now easily available, and they say this faraway place feels a lot more connected.
“My wife is eight months pregnant and we were looking for this pregnancy pillow. We couldn't find it in the whole Leh city,” said Sonam Rinchen, who runs Amazon’s small but mighty delivery station in Leh. “Through Amazon, we got the pregnancy pillow within two, three days.”

Delivering smiles every day to the Andaman Islands

Even as the Indian mainland made the most of the convenience and choice that online shopping offered, there was one place in the country that remained a virgin island till very recently. This archipelago of 300 islands and almost 4,00,000 inhabitants was far from the ecommerce radar till as recently as 2015! Brands and products – at least the ones that did reach the islands – had to be sourced from the mainland and were often months behind schedule.
But all of that changed when islander Sahiba Mullah, the director of Apt Logistics, decided to bring Andaman & Nicobar Islands into the online shopping fold. She started studying the viability of online shopping on the Islands and coincidentally, this was around the same time Amazon too was tinkering with the idea of expanding its network into newer, previously unchartered territories.

With the stars aligned as they were, Sahiba’s Apt Logistics and Amazon formed a match made in heaven. By July 2015, Amazon and Apt Logistics had already set up a delivery station in Port Blair and flight deliveries started from Chennai to Port Blair. Amazon pioneered cash on delivery and door delivery on the Island, thus addressing potential reservations against online shopping. From chips and spices to brooms and ladders, there was little that the islanders didn’t order online as soon as the service started. And the impact of online shopping reaching the shores of Andaman & Nicobar was hardly limited to convenience. From delivery associates to the workforce of Apt Logistics, there has been high volume employment generation on the islands.

Turning a tier IV town to the ‘Island of Opportunity’

With approximately 400 sq km of area and a population of 2,00,000, Majuli Island might be the largest river island in the world but in terms of choice of and access to consumables, it remained a tier IV town in India. Until just two years ago, basic necessities like schoolbooks, laptops, and shoes were hard to find in Majuli. It didn’t help that the island is connected to the mainland only via ferries, making even last mile deliveries into the island a logistical nightmare for most ecommerce players.

But all of that changed in 2016 when Rupak Chandan – then a graphic designer and publisher – discovered the Amazon Service Partner Program, an Amazon India program that facilitates deliveries to tier III and IV towns with the help of local logistics & transportation entrepreneurs. Rupak decided to partner with Amazon to bring the convenience and choice of ecommerce to Majuli Island and over 20 other PIN codes in and around Jorhat, the second largest city in Assam.

Rupak launched Monica Enterprises with just 400 square feet of space and two delivery boys. But the convenience of last mile delivery along with flexible payment options such as Cash and Card On Delivery ensured that the residents of Majuli enthusiastically took to shopping online with Amazon. From schoolteachers to homemakers, everyone in Majuli is now in on the secret to wider choice and many amenities that Indians on the mainland take for granted. Today, Rupak’s company delivers an average of 30-40 orders per day in Majuli alone. Along with transforming the lives and shopping carts of Majuli residents, Rupak’s business too has grown manifold. In just two years since joining the Amazon Service Partner Program, Monica Enterprises now employs more than 40 delivery boys and works out of a 1000 square feet office space in Jorhat.

Spirit of IndiaDeliver SmilesOperationsAmazon Stories
How did you like this story?
Yawn
It's OK
It's Good
It's Great
I love it!
34 Ratings
Thanks!
Devices

From freezing temperatures of Srinagar, comes this heartwarming tale of customer obsession. Read how our Delivery Associate went on horseback to deliver packages in Srinagar.
Continue reading
Our Business

The online test-prep offering will enable engineering college aspirants to achieve their desired goals through curated content, live lectures and assessment material developed by expert faculty
Continue reading
Track our Great Indian Festival 2020 updates
Nov 11
Continue Reading
X
Out for Delivery
Thank you!
Please try again
Quick news and rich insights from inside Amazon, delivered directly to your inbox every few weeks.
Check your inbox shortly for your very first Out for Delivery email. We’ll reach out every few weeks with more.
If you’re not redirected back to the blog in a few seconds, click here.
Looks like we had some trouble authenticating your entry. Let’s try again...
Amazon Privacy Policy | Opt out anytime
Return to video player ➡ 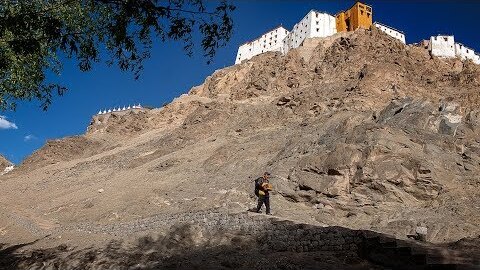 What Amazon brings to Leh, India