Sometimes you just need somebody to believe in you and tell yourself that your story deserves to be heard. Here’s the story of Anubhav Agrawal, who got people to hear his story and his world was never the same.
By Day One Staff

The publishing industry was shaken up with the launch of Kindle Direct Publishing (KDP), a website that allows writers to self-publish their work as an eBook or as a paperback, and earn high royalties. Sometimes you just need somebody to believe in you and tell your own self that your story deserves to be heard. Here’s the story of Anubhav Agrawal, who got people to hear his story and his world was never the same.

As a supporter of Indian literature, if you are someone who enjoys discovering new Indian authors to read, you will love Anubhav Agrawal’s work published through KDP. Born in the city of Rampur, Uttar Pradesh, Anubhav is a boy from a small town who has made it big on the self-publishing service.

KDP has definitely transformed my life in many ways, not just the monetary benefits, but the popularity as well.

His first book, ‘Why Not Me?’, was the #1 bestseller on the website since 7th July 2020, which incidentally was the day he joined KDP. Having been able to publish the book in 2 languages simultaneously - English and Hinglish, reaching to a wider customer base, this book is definitely worth a read. The book takes the readers on a journey through Anubhav’s own life and his past relationship with a girl named Zoya. It beautifully captures the myriad emotions one feels when they fall in love, as well as when they fall out of it.

A chance discovery that changed his life

Anubhav says that he stumbled across KDP on Google search, when he was looking up how to publish his book. He is in awe of how he became an overnight success on Kindle, and within a matter of hours, which is how long it takes for the site to review your work and release it globally, his life changed. On top of receiving high revenue from his book sales, Anubhav highlights how KDP made his popularity shoot through the roof.

“The trust of the millions of people on Amazon made me take this decision (of choosing to publish on KDP)” says Anubhav Agrawal. Many new writers often struggle endlessly to get their work published, and even when they manage that, the royalties are skewed and meager.

With an MBA degree in hand, Anubhav had his career planned out for him, but he never imagined that getting his first book published on KDP would catapult his career as a writer. He says that he started writing as a hobby but it later became his passion. Being a social media, with more than 3.2M fan following, his writings “have influenced millions of people through my podcasts and poetries, and showed them the bright side of everything that happens.”

My writings have influenced millions of people through my podcasts and poetries, and showed them the bright side of everything that happens.

To all budding writers looking to self-publish, Anubhav recommends KDP as a launch pad for their career. Through the promotional tools that the site offers, Anubhav pushed out his work to millions of national and international bibliophiles, on the lookout for new stories. Anubhav had a story that needed to be heard, and KDP helped him tell his story in the most beautiful way possible.

Self-publish with KDP for free
Kindle Direct PublishingAmazon StoriesAuthorAuthor SpeakBooks & Authors
How did you like this story?
Yawn
It's OK
It's Good
It's Great
I love it!
52 Ratings
Thanks!
Books and Authors

It was virtual, but attendees vouch for the evergreen sheen of Jaipur Lit Fest

Amazon.in partnered with Jaipur Literature Festival as their official online book store. Despite the pandemic turning the festival virtual and indoors, it has not been able to take away sheen that has characterised the Jaipur Literary Festival (JLF) each year since its inception.
Continue reading
Our Business

The partnership to help provide safer commute across Delhi, Mumbai, Bengaluru, Chennai, Hyderabad, Pune and Jaipur. Uber riders can avail cashback of up to 50% per ride for payment made through Amazon Pay
Continue reading
Amazon Business

B2B e-commerce: Unlocking the potential of thousands of MSMEs in India

As businesses evolve and adapt to newer ways of operating, procurement is one such function that can go full digital resulting in increased efficiency and reduced costs. India being a mobile first economy, this switch to e-procurement can help MSMEs, even the ones operating out of Tier II & III markets, access products from suppliers of different regions in a more convenient manner.
Continue reading
Track our Great Indian Festival 2020 updates
Nov 11
Continue Reading
X
Out for Delivery
Thank you!
Please try again
Quick news and rich insights from inside Amazon, delivered directly to your inbox every few weeks.
Check your inbox shortly for your very first Out for Delivery email. We’ll reach out every few weeks with more.
If you’re not redirected back to the blog in a few seconds, click here.
Looks like we had some trouble authenticating your entry. Let’s try again...
Amazon Privacy Policy | Opt out anytime
Return to video player ➡ 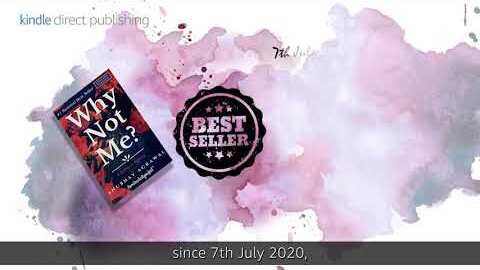