“Write the book you would like to read but have not found yet,” says Rafaa Dalvi, author of Small is Big, an anthology of 100 micro tales. Read on as he takes us through his journey of being a writer, the strife, and his passion for writing.
By Day One Staff

Harbouring an immense passion for story writing, Rafaa Dalvi started out with not many resources at his disposal. He was writing micro tales and individually they were great as stories but appending them all in a book was tough. He recalls how he had to sit through every detail to make sure the book achieved the success it deserves.

He's immensely thankful and appreciative of all achievements that his efforts have mounted to. It is what kept him moving forward with his passion, and he went on to write two more volumes of Small is Big in the following two years. When asked about Amazon’s Kindle Direct Publishing (KDP), Rafaa went on to speak of the influence and inspiration behind his joining it in the year 2017. He was assured of the transparency and ease of use by his friends who had been using KDP for a while. Rafaa felt relieved after joining as he knew he would be able to self-publish his work.

Holding on to hope...

Rafaa asks passionate writers and storytellers to hold on tight and never give up! Going through hard times himself, he recollects the numerous rejections he has had to go through in his journey as a writer. KDP was a breath of fresh air for Rafaa, as he was unwilling to publish his book via a vanity publisher. Rafaa was delighted after joining KDP, because he recollects his experience with rejections in the past that had him reconsider his style of writing. No traditional publisher was willing to take the risk of publishing micro tales, stating how the market would only welcome long forms of writing with open arms.

After much research, reading author testimonials, FAQs, evaluating the pros and cons of the available options, Rafaa zeroed in on KDP as his best option, took a leap of faith and submitted his manuscript. He was overjoyed to receive the confirmation mail within 72 hours.

A change most welcome

Rafaa speaks of his journey with KDP, from publishing his first book Small is Big - Volume 1 in December of 2017, to writing two more volumes of Small is Big in the upcoming years has been transformative, to say the least! As of today, Rafaa has published three books on KDP. With time, he went on to realise the wide range of benefits that come along with Amazon KDP - the promotional strategies, the wide target reach that boosted sales figures. His books were picked for Amazon deals and Prime Reading, which led to their discovery and higher sales.

Knowing that his work is being enjoyed by readers across geographies, that readers connect with him via Instagram, telling him of how it has impacted them and made them feel, all of it brings him a sense of satisfaction and fulfillment.

A Message for upcoming authors...

Keep reading. Keep writing. Even if you stop, start again. Writing anything is better than nothing. And write the book you would like to read but have not found yet.

Besides his three volumes of ‘Small is Big’, which are collections of 100 micro tales, Rafaa Dalvi’s short stories have been published in numerous anthologies such as Curtain Call (editor), Kaleidoscope, Myriad Tales and many others. He is the recipient of Indian Bloggers League Booker Prize 2013 and the runners-up of Amazon KDP Pen to Publish Contest 2019 in the English short format category (2,000-10,000 words). Currently, Dalvi is working on a flash fiction collection, a short story collection and his poetry collection titled “Black Book of Love” (co-authored with Samudrika) is in the editing stage and should hit the bookstores within a year.

Self-publish with KDP for free
Continue reading
Kindle Direct PublishingBooks & Authors
How did you like this story?
Yawn
It's OK
It's Good
It's Great
I love it!
23 Ratings
Thanks!
Operations

Where women are powering Prime Day and empowering themselves

These women-only Delivery Stations have something special in the air apart from the buzz of Prime Day – it’s that feeling of independence! Read on...
Continue reading
Entertainment

'This Prime Day, ‘Rewind To Nostalgia’ Mixtape will take every listener down the memory lane'

As Prime Day nears, we catch up with Gaurav Gandhi, Prime Video Director & Country Manager, where he speaks about the Prime Day line-up for 2021, his message for Prime customers, why good content transcends language barriers and lots more...
Continue reading
Track our Great Indian Festival 2020 updates
Stay informed with the latest updates on the summit that puts forth how Amazon and our partners leverage digitization, technology & our ecosystem to drive infinite possibilities for India.
Continue Reading
X
Out for Delivery
Thank you!
Please try again
Quick news and rich insights from inside Amazon, delivered directly to your inbox every few weeks.
Check your inbox shortly for your very first Out for Delivery email. We’ll reach out every few weeks with more.
If you’re not redirected back to the blog in a few seconds, click here.
Looks like we had some trouble authenticating your entry. Let’s try again...
Amazon Privacy Policy | Opt out anytime
Return to video player ➡ 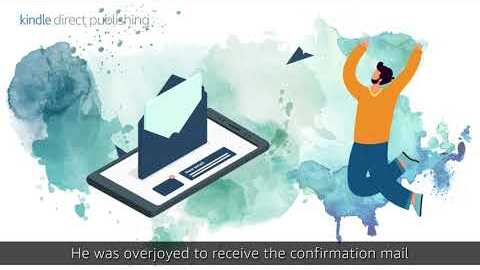