'We used to sit on the floor and write code'

From 5 coders working out of a rented space in 2004 in India, to being part of Amazon's only owned campus building outside of the US, Amit Agarwal, SVP and Country Manager, Amazon India takes us through this journey
By Aparna Phadke

2004 – in a rented office space in Hyderabad with 4 others is where you set up the initial Amazon India operations. Cut to 2019 – same place, but 15,000 employees working in an office that spans 9.7 acres of space. Take us through this journey.

Thinking about the past brings interesting memories. It is very emotional in some sense to think about it. So I did come to India in 2004.

We were a group of 5-6 SDEs. You could call it the first development centre for Amazon in India. We had rented this cubicle space in an office space of some other company because we didn't really have an office space. And I remember we didn't have chairs. We used to sit on the ground and write code and then we landed up buying a couple of chairs and it used to be one of those races to grab it. when somebody would go to the restroom.

So from that point to be at a place where today, I am part of the inauguration of an office space which is Amazon's largest building globally is a long and very exciting journey that one can think of what Amazon has done So I think it's very exciting what has happened in the middle from there to here.

I think if you kind of mix a sense of humility and gratefulness with a long term thinking that is centered on customer obsession and invention I think magic can be achieved and that's very evident from the evolution of last 15 years we've seen in India.

”
Owned and loving it. A tour of the Amazon Hyderabad New Campus

The development centres that we built which were actually meant to serve customers globally building services for our websites for our sellers, for our consumers that part of the business has grown or that part of the operations have grown from that little 5 person team down to now more than 60,000 people with a third of them in Hyderabad and now this office space can house 15,000 of them in one single place so that's very exciting.

We have also invested in so many other things in the meantime AWS in India, Prime Video, Kindle, Alexa Echo, Amazon.in which I've been part of. So it's very exciting to be part of that journey. When I think about Amazon.in, it's the largest market place in India with the largest selection with more than 500,000 sellers now offering customers with more than 200 million items. It is so very exciting to see the journey from that little operation to here and I think it's a testament to Amazon's commitment to India, its commitment to the growth story of India and its thinking long term. I'm super excited to be a part of this journey that probably exactly 15 years ago in August, started with a 5 person team.

What does this campus mean to you?
I am an engineer from my background. So I joined Amazon as a software engineer. So I've kind of grown through writing software, writing code and I am a builder at heart. I love to build things. Amazon has a very peculiar culture of its leadership principles. It also is something that really attracts builders to come together

So just much the same way as I talked about how the five of us sort of came in here and we started actually working on AWS at that point in time. I think this office means a lot from the perspective it's a great space for builders to come together. It actually does a lot of justice to the kind of space builders would love. First of all it has safety and sustainability as its driving principles, which is very important. It sort of grounds you into what is most important.

If you go to a Seattle office you see a very much similar vibe over here. But I would say that this one is cooler because it has Indian cafeterias and great Indian food.

But even more so, diversity and inclusiveness sort of speaks through as you walk through this office. All these spaces that you can sit down, collaborate. Fun areas where you can actually socialize with people. Even building like unisex restrooms for eg. thinking about diversity having collaborative spaces, Alexa powered conference rooms. I think there is a lot of stuff that people can just sit back, let their creative juices flow. Think about solving really hard problems. Think about the customer, I think it is a great space to be. It does have the element of feeling of that Amazon office that you see globally.

If you go to a Seattle office you see a very much similar vibe over here. But I would say that this one is cooler because it has Indian cafeterias and great Indian food.

With so many youngsters now working in Amazon – what will be your message to them?

I think first of all, I would say, be very humble and be very grateful that you're born in an era which is probably the luckiest time to be born for any kind of engineer-builder when the rate of change is so high

When I kind of talk to my parents and so on, I think I can guarantee they would give anything to be born in this era. In fact, I would give anything to be born again in this era. So I think just that humility and gratefulness is very important and given the rate of change is so high I think the three principles that have kept me around at Amazon for a very long time. It's actually now more than 20 years that I've been at Amazon is kind of that obsession with customers, inventing on their behalf and thinking long term.

I think if you kind of mix a sense of humility and gratefulness with a long term thinking that is centered on customer obsession and invention I think magic can be achieved and that's very evident from the evolution of last 15 years we've seen in India. It's very evident from the evolution that Amazon has seen in its 25 years of journey and I find that advice very useful for my own self as well when I look at my career at Amazon.

So congrats on being born now and all the best.

If this was your Day 1 at Amazon, in this office, which would be your favourite place - the place you would frequent the most as an SDE?

I kinda like this huge place where there are tables, chairs, food outlets and there is even a cricket pitch! It seems to have everything out there to write code, play and eat. So this floor seems pretty self-sufficient to me.

A chai lover, Aparna also loves to immerse herself in the world of words. Currently, consumed by the fascinating world of Amazon Stories
How did you like this story?
Yawn
It's OK
It's Good
It's Great
I love it!
49 Ratings
Thanks!
Devices

From freezing temperatures of Srinagar, comes this heartwarming tale of customer obsession. Read how our Delivery Associate went on horseback to deliver packages in Srinagar.
Continue reading
Our Business

The online test-prep offering will enable engineering college aspirants to achieve their desired goals through curated content, live lectures and assessment material developed by expert faculty
Continue reading
Track our Great Indian Festival 2020 updates
Nov 11
Continue Reading
X
Out for Delivery
Thank you!
Please try again
Quick news and rich insights from inside Amazon, delivered directly to your inbox every few weeks.
Check your inbox shortly for your very first Out for Delivery email. We’ll reach out every few weeks with more.
If you’re not redirected back to the blog in a few seconds, click here.
Looks like we had some trouble authenticating your entry. Let’s try again...
Amazon Privacy Policy | Opt out anytime
Return to video player ➡ 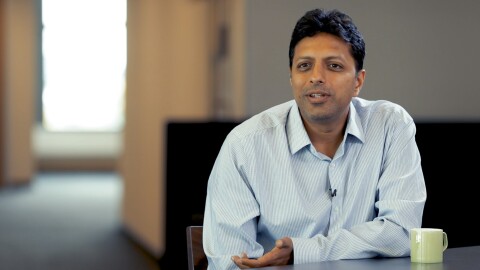